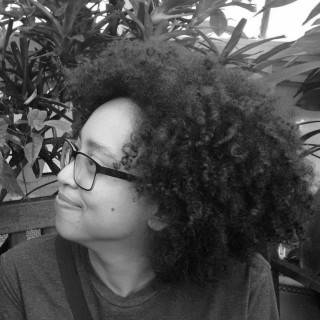 I love dogs.  And lately, my dream streak has involved puppies.  I recently got a new pillowcase, and my headscarf keeps falling off as I try to sleep, so maybe the fabric rubbing up against my cheeks is making me think I’m surrounded by puppies in my sleep.

Either way, thinking about dogs at the same time I’m trying to think about writing has given me an avenue to re-explore something I was discussing once with a friend: the likability of a protagonist.  It devolved into a discussion of anti-heroes and objective morality.

Fortunately, I’ll only be talking about the former for the most part.  As for objective morality, I think I’ll save that over another lunch.

A protagonist/focal character/main character drives the story forward.  It is from their point of view that we experience the story and watch them carve it through their actions and words.  And I say “usually,” because there is always room for interpretation.  You could have a story where the point of view is from a rock, but nothing happens to the rock.  The rock could just be retelling events, but even then, the rock, most likely, chooses a character to stick with.  Or multiple characters.

Anyway, because a story usually centers on a protagonist, and the reader is expected to follow them around for the whole journey…

These questions are where the likability of a protagonist comes from.

When people talk about “likability” in a protagonist, it means exactly what it says.  You like the protagonist.  You like them so much that you look up to them as role models.  You would go out to lunch with said character.  You would be friends with that character if you could.  You like their values, their outlook on life, their humor, their ambition, their unwavering morality in the face of temptation—By the gods, they’re such amazing heroes!

They are typically great around children and families because of their calm temperament.  They love to please their owners.  They are typically bundles of fluffy, golden love, and while they were originally bred to “retrieve” things like fowl, hence their name, they’ve become great companions for the home.  They would make terrible guards dogs, because they generally love everyone, and like everyone.

The Rottweiler and the Anti-Hero

According to dogtime.com, a Rottweiler is much more heroic than you might think.  Though they are typically raised as fearsome, intimidating dogs that get a lot of bad media rep, they’re not inherently vicious.  When raised properly, without abuse, they resemble faithful bodyguards:

Like the mythical Greek hero Hercules, the Rottweiler is strong and true with a loving heart.

…A well-bred Rottweiler is calm and confident. He’s typically aloof toward strangers, but never timid or fearful. Rottweilers exhibit a “wait-and-see” attitude when confronted with new people and situations. When these characteristics come together as they should, the Rottweiler is a natural guard dog with a mellow disposition who is successful not only in police, military, and customs work, but also as a family friend and protector.

While Batman is considered a “hero” like Superman, he’s not your typical hero.  He is what you would call an anti-hero.  A “Dark Knight”.  A vigilante.  A mysterious protector who doesn’t show his face to others.  He’s not a ball of calm, temperate sunshine.  He’s a Rottweiler, guarding Gotham from potential threats and exposing his compassion and heart to very few people (like his sidekick Robin).

For this reason, anti-heroes can seem “unlikable”.  They can be weird.  They can be closed-off, and offer no love no matter how many times you ask. Why bother having coffee with them if they’re just going to give one-word answers and be mysterious? Why read a story about them? Why care about someone who doesn’t seem to care about… well… hardly anything?

Even Katniss Everdeen of The Hunger Games series is regarded as an anti-hero by some.  Why should we care about her? Why do so many already care? Why is the book series being made into a movie trilogy? How can people like “unlikable” characters?

I have two words for you.

When writers worry whether or not their protagonist is “likable,” what I believe they should actually be worried about is creating a human being.  If they try to aim for a perfect Golden Retriever, they might create a character that is too perfect: a Mary-Sue.  They are so perfect and “likable” that they actually create someone “unlikable”.

Why? Because readers, and every other human being, is far from perfect.

Warning: possible spoilers ahead.  Going back to Katniss Everdeen, she’s an anti-hero, because she’s a loner.  She doesn’t have many friends.  She’s sarcastic.  She’s mysterious.  She’s not a happy ball of sunshine all the time.  But when her sister gets chosen at the Reaping, and she steps in…

Boom.  You want to stay with her throughout the entire book series.

Why? Because you sympathize with her.

You, or someone know you, most likely puts family first.  You, or someone you know, want to protect your family, because it’s the only thing you’ve got.  Katniss put in extra drawings of her name just so Prim wouldn’t get chosen; that’s how badly she wanted her sister to stay out of the Games.  But when the unthinkable happens, she steps in as tribute for the Games, essentially putting herself in harm’s way for the sake of her sister.  We sympathize with her subsequent struggles throughout the Games, because the political regime that put her there wants to kill her, and she wants to stay alive to keep protecting her sister as long as she lives and, because, most people don’t want to die (boom—another sympathy spark).  We care for her, because she cared for someone else, and showed a brilliant flash of heroic interior despite her lone-wolf anti-hero exterior.  Of course, she might say some biting, mean things, and sacrificing herself for her sister doesn’t excuse her from her meanness.

It does, however, paint a more holistic picture of her.

There is also good and bad in all of us, heroes and anti-heroes alike.

Even Samurai Jack, who is polite, chivalrous, and the complete definition of a hero/Golden Retriever, has evil within him.

…Well, actually, more like had.  He defeated the manifestation of his anger and frustration in an epic battle with a beautiful end.  And sometimes, his goodness gets him into trouble. He teams up with some corrupt Chicago gangsters to get closer to Aku, his enemy, by acquiring a magical jewel that can control water.  When Jack gets close to Aku, the gang becomes close to him, and pulls him out of danger from Aku, ridding Jack of his chance to defeat Aku, and starting him back at square one.  Jack then believes the gangsters when they say they’ve “gone straight” and will return the jewel to its rightful place.

They don’t.  Instead, the gangsters use it to sell drinking water at exorbitant prices.

But you see what I’m talking about, right? Even good people have their flaws and their shortcomings.  They have moments of evil and rage.  They might be too nice, and believe in Chicago gangsters that lie to their face.

But the important thing is that the parts are there.  They may be suppressed, but they are still there.  Just as Katniss Everdeen doesn’t care for many people, she still cares for some people.

And especially with stories involving the traditional hero, we might not be as welcome to see their ugly parts.  But they’re there.  They might manifest in the form of their initial weakness and disappear with their rising strength or show up in their various trials throughout the story, but they’re there.  Don’t kid yourself.

But, Kaleiyah-P, that would mean that all protagonists have to be “likable” and “unlikable” simultaneously, doesn’t it?

I know, I know.  Just hear me out for a second.

When Claire Messud was asked if she would be friends with the “grim” protagonist of her book, Nora, in The Woman Upstairs, she responded:

Time and time again, we’re proven wrong about needing a “likable” protagonist to make great fiction.  Humbert Humbert of Lolita is a pedophile, in love with a little girl.  Oedipus’ hubris leads to his eventual downfall.  Walter White from “Breaking Bad” becomes a drug dealer, and “Breaking Bad” one of television’s most critically acclaimed shows.

I would not immediately have coffee with Oedipus, Walter White, or Humbert Humbert.  But I think I’d be very interested reading their stories, because somewhere down the line, they prove to me that they are whole, human beings with wants and desires, and shortcomings and triumphs.  Yes, all the evil they have done, is not excused simply because they’ve shown me their goodness.  What they do is irrevocable.

But their stories are still compelling, because the writer did their job well in crafting him.

I talked about dogs earlier to try and make a point about writing, but I realized that I was also making a point about how we think about writing, and the choices we make when starting to write new stories.  I mentioned that Golden Retrievers are balls of sunshine, and that Rottweilers are more like bodyguards, even though the media portrays them otherwise.  But I did that, because I was relying on stereotypes of the breeds—commonplace, unquestioned behaviors.

The problem with “likability” and protagonists  being “heroes” is that it can be a trap to writers.  Stuck with one vision of what a story should be, they write and read the same stories over and over again.  In some respects, this is fine.  If you’ve tried writing a story with an anti-hero, but didn’t find it to your liking, you don’t have to force yourself to write one.  However, it’s good to know that there is more out there than just Superman.  There’s Batman and a whole lot of other “heroes.”  The anti-hero is a sort of response to the idea of a story needing a “likable” protagonist in order to be compelling.  It challenges norms of storytelling.  It leads to more creativity, and it leads to stories with a fresher perspective.

While Golden Retrievers have similar characteristics, each individual dog is still different.  The same goes for Rottweilers.

The reason I put “likable” and “unlikable” in quotes is that it’s not accurate to what we’re talking about.  In fact, it shouldn’t even come up in discussion.  For one thing, I think “likability” is “preference” masquerading as something pseudo-universal.  Some people like vanilla ice cream; some like chocolate ice cream more.  Some people prefer Golden Retrievers to Rottweilers.  In that same vein, some people prefer traditional heroes more than anti-heroes.

And that’s perfectly fine.  You can read whatever type of story you want.  If you’re not digging Batman, go have coffee with Superman.  You are perfectly within your right to do that.  But don’t blame Batman for your dissatisfaction with the story.

That dissatisfaction is put on the writer.  Because whatever story they are writing, the protagonist must suit the story, as they embody the story itself.  Forget “likability” or “preference”.  Make your protagonists individuals that live and breathe, that are good and evil, that are weak in some areas, but strong in the others.  Give them different temperaments and flavors.  Make them super hot, or super cold, or in-between, or a little warm, or a little cool.

They should be sympathetic and holistic, at the very least.